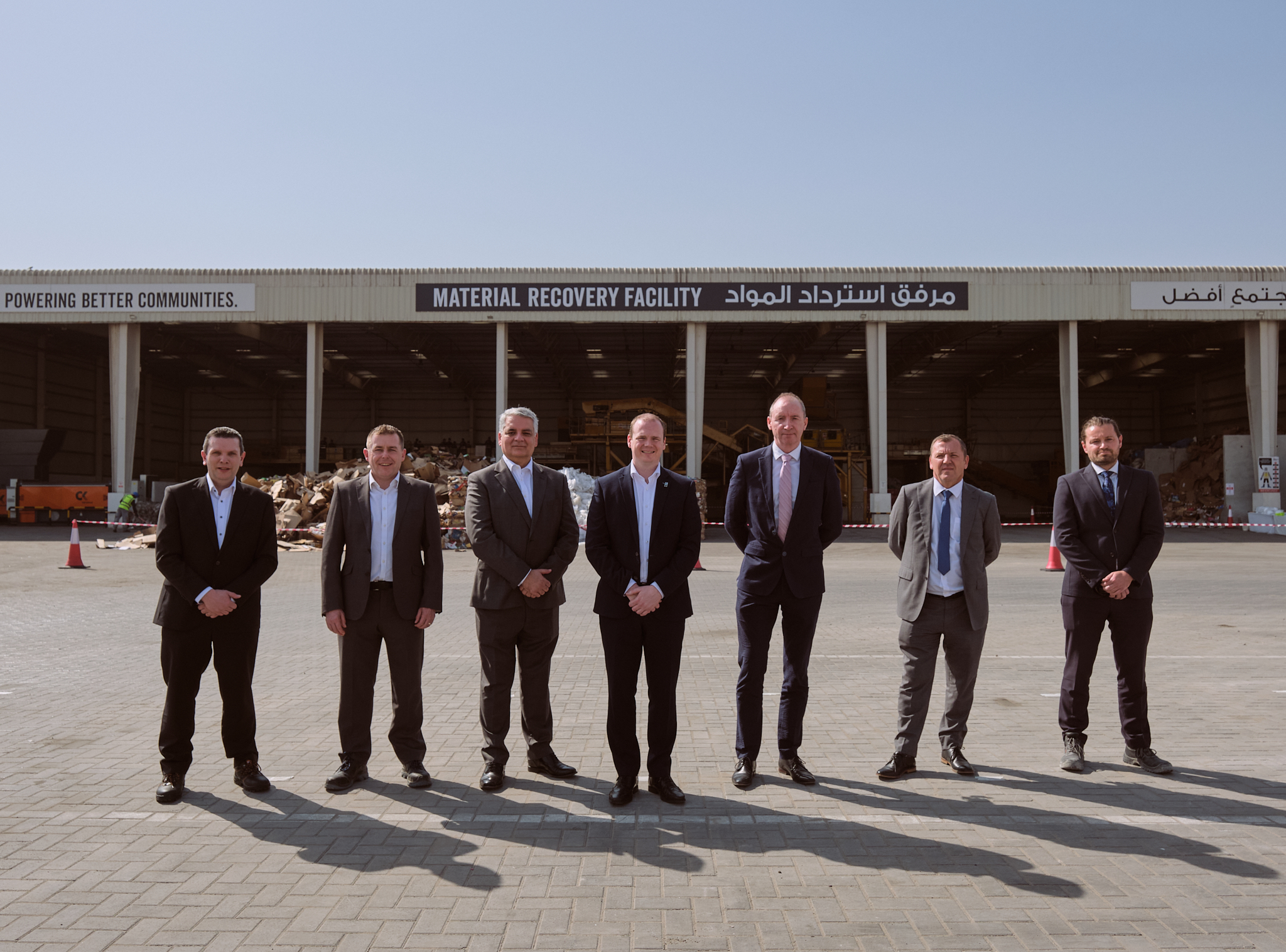 Northern Ireland company Kiverco was appointed as a specialist plant provider by UAE based company Dulsco to supply a material recovery facility (MRF) plant to support Dulsco’s vision to transform its waste into reusable and recycled products.

END_OF_DOCUMENT_TOKEN_TO_BE_REPLACED

Kiverco was delighted to welcome Conor Burns, MP, Minister of State for Northern Ireland on Thursday 10th of February to their global headquarters in Co Tyrone. Owners Anne and Aidan McKiver spent quite some time with Minister Burns discussing the work Kiverco does, the markets Kiverco supply equipment to and how Kiverco has been leading the world by designing and engineering the world’s toughest recycling plant since 1993.

END_OF_DOCUMENT_TOKEN_TO_BE_REPLACED 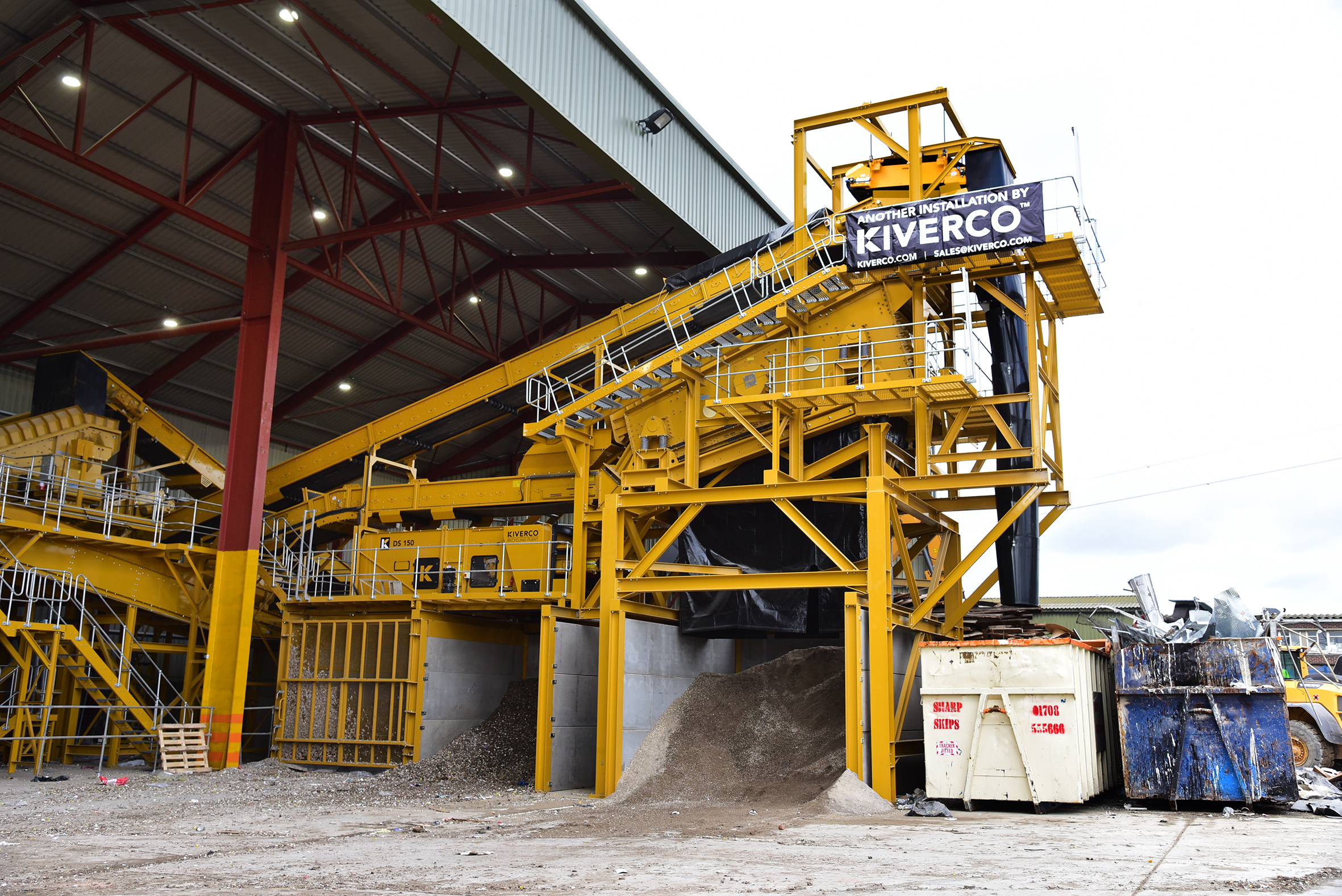 Sharp Skips, located in the heart of Essex and East London, already operate a successful state-of-the-art Kiverco waste recycling plant with the capacity to deal with most waste materials. The Company processes large volumes of waste, which allows them to help protect the local environment, by segregating, re-using and recycling 100% of materials that would have otherwise been sent to landfill.

END_OF_DOCUMENT_TOKEN_TO_BE_REPLACED 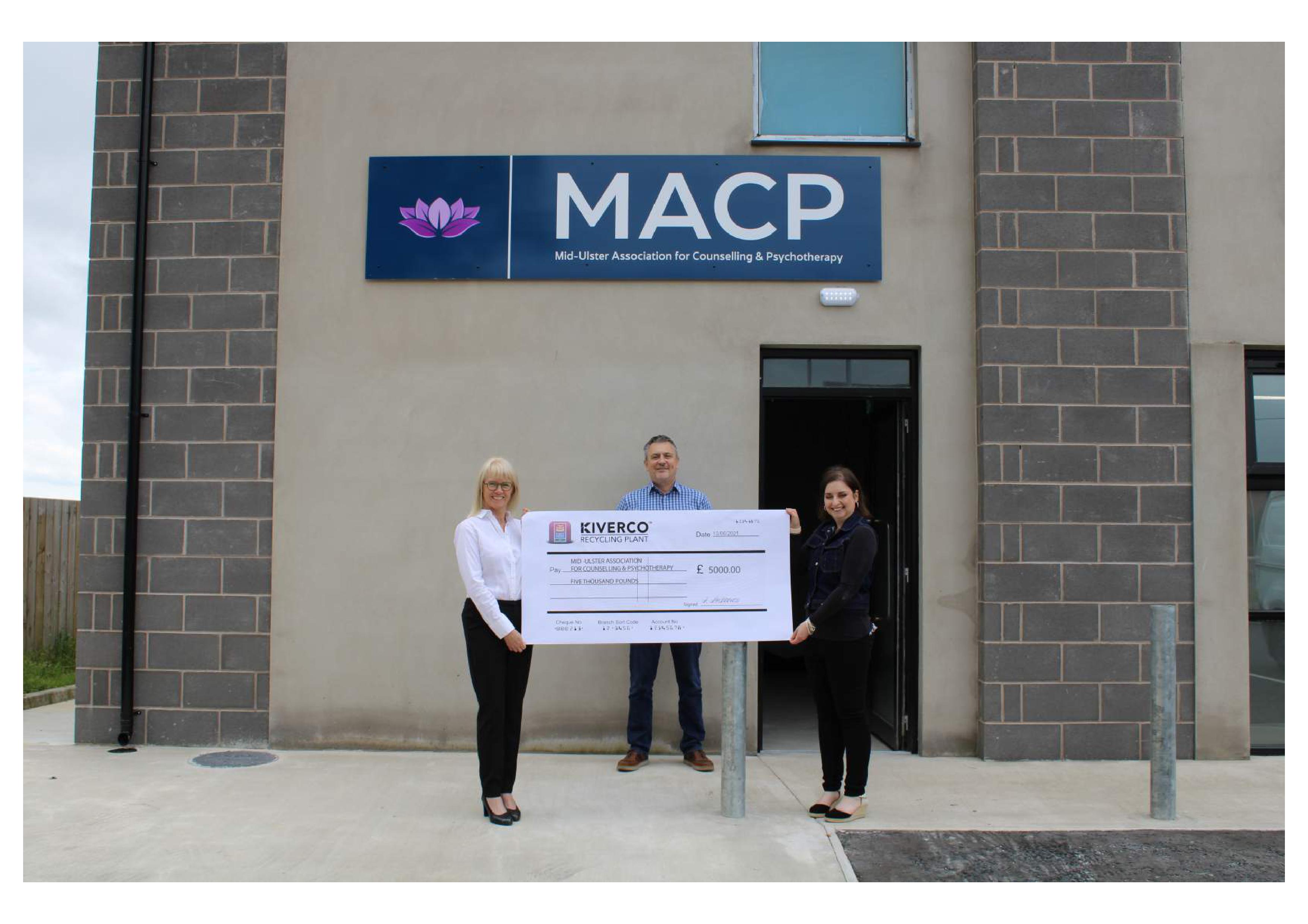 Mid Ulster Association for Counselling and Psychotherapy is relocating to a brand-new state-of-the-art building located in Coalisland, Co Tyrone. The centre due to open at its new location in August, offers free counselling services to anyone who resides or works within the Mid Ulster area. The MACP charity offers guidance on a number of issues that can affect mental health including stress, bereavement, suicide, abuse, redundancy, and work pressures. The charity also works closely with youth groups and schools to highlight issues such as online bullying, substance abuse, and self-image/eating disorders.

END_OF_DOCUMENT_TOKEN_TO_BE_REPLACED

London waste firm will Excel with help from Kiverco.

END_OF_DOCUMENT_TOKEN_TO_BE_REPLACED 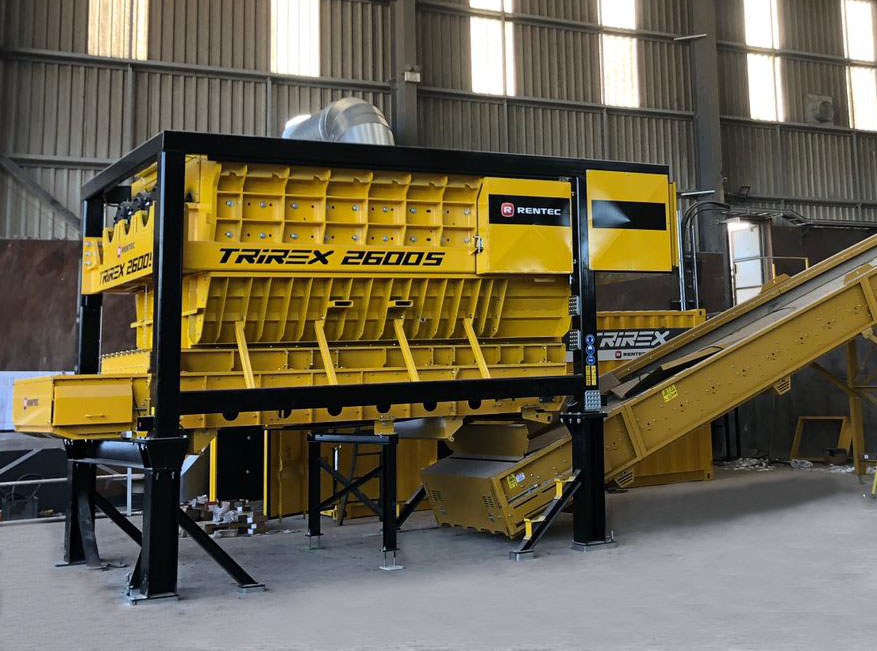 Kiverco partner with the Mick George Group to deliver a UK first!

The Mick George Group has recently taken delivery of the first Rentec triple shaft shredder to be sold in the UK. The Trirex 26005 is a stationary, slow speed triple-rotor shredder with a hydraulic drive, that will be used at the St Ives site to shred Construction & Demolition (C&D). The shredded waste will then be fed to the existing Kiverco plant, where it will go through a series of processes to separate the waste into a variety of recyclable products.

END_OF_DOCUMENT_TOKEN_TO_BE_REPLACED 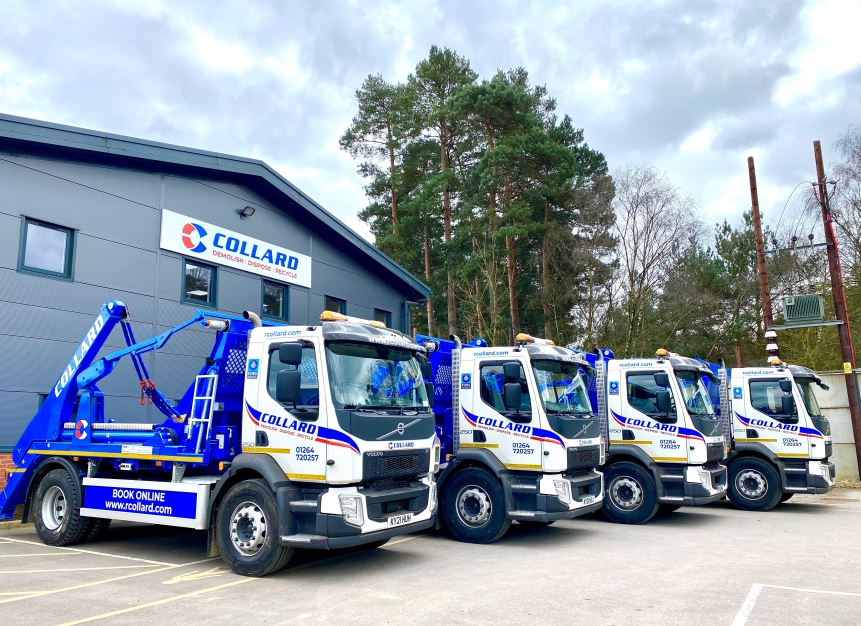 The award-winning Hampshire based Collard Group Ltd has procured 3 new Kiverco recycling plants for their depots in Nursling (Hampshire), Chilton (Oxfordshire), and Ewshot (Surrey). The new systems will process Construction, Demolition, Commercial, Industrial, and Household waste as part of a multi-million-pound investment that highlights the Company’s sustainability credentials.

END_OF_DOCUMENT_TOKEN_TO_BE_REPLACED 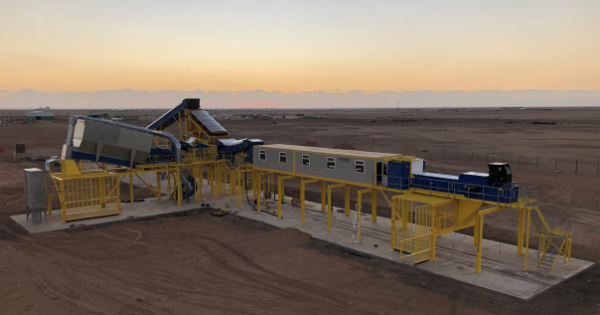 Kiverco has been chosen to design, build and install a waste recycling plant that will help recycle all construction waste from the highly acclaimed The Red Sea Project in the Kingdom of Saudi Arabia.

END_OF_DOCUMENT_TOKEN_TO_BE_REPLACED 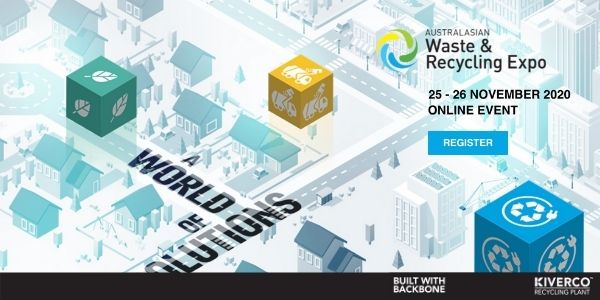 It’s a big week for Kiverco. We’re delighted to be taking part in some of the waste recycling’s most prominent events around the world, appearing in 2 online conferences! It’s a year unlike any other, and we’ll be making virtual contributions at 2 major events across the 25th-26th November: the Australasian Waste and Recycling Expo and the 7th annual RDF conference.

END_OF_DOCUMENT_TOKEN_TO_BE_REPLACED

Recycling is not new – it has been around for at least 2,000 years and the ancient city of Pompeii was partly built from trash. But there is still much to do to achieve a truly circular economy in construction and demolition waste, says Paul Carolan.

New discoveries at Pompeii, which was abandoned in AD 79, have revealed that the Romans knew a thing or two about recycling. It turns out that part of the city was built out of trash.  Just as today, waste was being sorted, separated, resold and reused in construction.

Large mounds of waste were collected from the city for sorting at the equivalent of what we would today refer to as recycling plants. These piles typically contained municipal waste, ceramic pieces, tiles and plaster.