Recycling is not new – it has been around for at least 2,000 years and the ancient city of Pompeii was partly built from trash. But there is still much to do to achieve a truly circular economy in construction and demolition waste, says Paul Carolan.

New discoveries at Pompeii, which was abandoned in AD 79, have revealed that the Romans knew a thing or two about recycling. It turns out that part of the city was built out of trash.  Just as today, waste was being sorted, separated, resold and reused in construction.

Large mounds of waste were collected from the city for sorting at the equivalent of what we would today refer to as recycling plants. These piles typically contained municipal waste, ceramic pieces, tiles and plaster.

Walls were built with a range of materials from tile pieces to bits of amphorae – large vases usually for wine – to mortar chunks and plaster - the same materials found in the “recycling plants” nearby.These walls were then covered with plaster to disguise what lay inside.

Waste materials have also been found in the earthen floors, according to new research from American academic, Professor Allison Emmerson. Today, construction and demolition waste (C&D) is the largest waste stream in the European Union (EU) making up approximately one-third of total waste generation.

Several facts might suggest the construction sector is already circular, according to the European Environment Agency (EEA). For example, relatively stable amounts produced over time, high recovery rates and the reintroduction of large quantities of waste into the economy by avoiding disposal options such as incineration.

In addition, many EU countries have succeeded in establishing markets for recovered C&D materials and are on track to fulfil the 70% recovery target of 2020, with most having already exceeded the target four years ago.

However, scrutiny of waste management practices reveals that all is not as it seems and C&D waste recovery is based to a large extent on backfilling operations and low-grade recovery, such as using recycled aggregates in road sub-bases – just like our ancient Roman counterparts, according to a report published by the EEA earlier this year.

There remains a need to find more ways to use recycled waste.

This, in part, could be achieved by using instruments such as green taxes – which also need to be taken up by fully functioning markets – supported by measures such as green public procurement, to create demand for them, according to the EEA.

It is also widely acknowledged that standardisation of secondary raw materials is also needed to build credibility of these materials. The reality is that many, if not nearly all, improvements to encourage faster use of a circular economy in C&D waste would largely be driven by governments and enhanced legislation globally.

However, industry too has a pivotal role in the move to a more circular economy and more sustainable recycling particularly in terms of creating effective technologies.

This is backed up by the EEA in its recent report, which states: “Research and development of technological solutions with a focus on developing circular construction products has the potential to increase the re-use of construction components and prevent waste by increasing construction life spans.” While there is always the need for innovation as industry faces new challenges and opportunities, technology in recycling solutions has come a long way.

Plants are now capable of recycling waste streams beyond construction and demolition such as commercial and industrial, municipal solid waste, energy from waste, incinerator bottom ash, dry mixed recyclables; and plastics and fines treatment with purity levels close to 100%. It also takes brave leaders with foresight to use this technology even when the market is not yet there for secondary materials or legislation is not yet in place, or, if in place, perhaps not robustly implemented.

We need those intrepid leaders who create a market and open it up to development by others simply because of a firmly held belief that the world is headed in the direction of more sustainable practices and that it is only a matter of time before recycling in construction and, in general, is fully embraced. 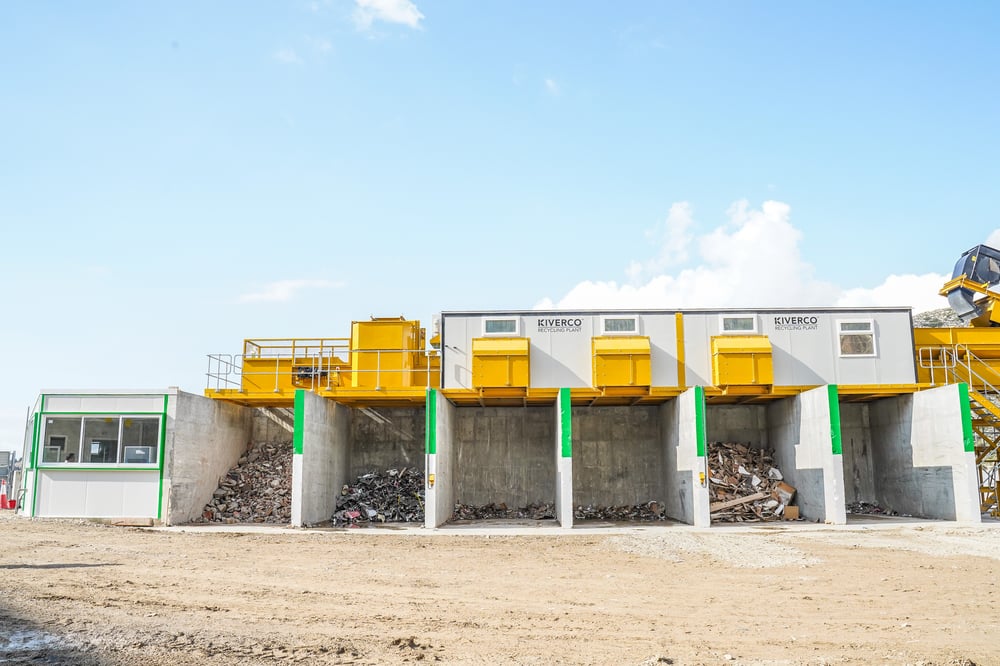 Those first movers, such as Savvinos Lophitis from Resource Recovery Cyprus (RRC) whose C&D recycling plant built on a former landfill site in Limassol has been lauded as pioneering for the country, play a significant global role in shifting mindsets and helping shape legislation.

But it will not be easy. When it comes to circular or secondary use of waste in Cyprus, only 2.3 % of the waste produced is reused. This compares to an EU average of 11.7% in 2016, according to the most recent Environmental Implementation Review, the European Commission’s monitoring mechanism, published in April 2019.

While the wheels of local government, never mind those at a wider EU level, can turn slowly, the global pandemic hit at a time when there was a greater focus than ever on climate change and sustainable practices.

As a result of international lockdown, there has been some environmental gains which could be capitalised on to speed the adoption of more effective environmental legislation for the recycling industry. For example, the World Meteorological Organization (WMO) has forecast that global greenhouse gas emissions will be cut by 6% this year – the biggest yearly decline in planetwarming carbon dioxide since the Second World War. Others, such as the International Energy Agency, say the reduction could even hit 8%.

However, unless more action is taken by governments in the pandemic’s aftermath to take advantage of this once in a lifetime opportunity, much of that global achievement will be quickly undone and the chance to build better, long term sustainable practices upon it squandered.

The Head of the United Nations, António Guterres, has also called on countries to “turn the recovery into a real opportunity to do things right for the future”.

So while technology is undoubtedly playing its role and has created the tools to enable increased recycling, to make truly transformational change circular approaches are key to increasing the quality and quantity of recycling and reuse of C&D materials.

Circular economy-inspired actions, facilitated by measures such as standardising secondary raw materials and sharing information among stakeholders, have a high potential to contribute to increased waste prevention and to higher and better quality recycling, according to the EEA.

The Ellen MacArthur Foundation believes that we “must transform all the elements of the take-make-waste system: how we manage resources, how we make and use products, and what we do with the materials afterwards”. There is much to be gained by such an approach.

Going circular across the board could generate as much as US$4.5 trillion in economic benefits, according to the World Economic Forum. It also reveals that just 8.6% of the world economy is currently circular – leaving much room for improvement.

Only time will tell, what, if any, action governments take in terms of improving the circular economy for C&D and other waste streams. However, history has taught us in Europe that legislation drives change when it comes to recycling – the type of legislation that makes it economically viable. This experience also tells us that it is likely what is needed to make faster inroads in emerging markets such as those throughout Asia, Africa, South America and the Middle East, in particular. 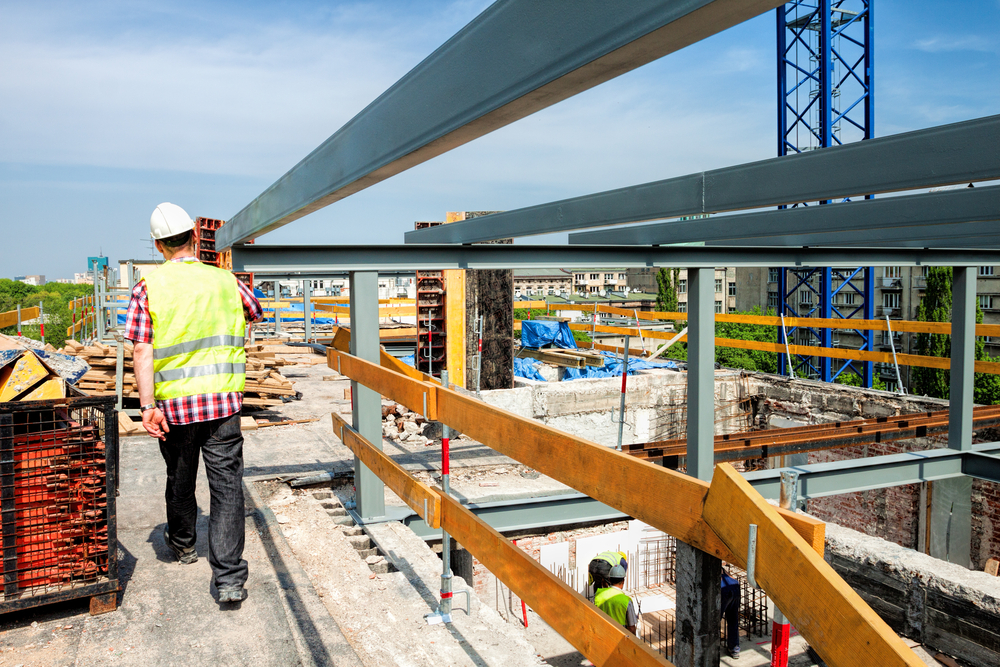 In the meantime, industry must continue to play its part by designing and building lasting, flexible recycling solutions which can adapt as waste streams change and produce the highest quality of recycled end product to maximise the volume and variations of new materials that can ultimately be reused back into construction. 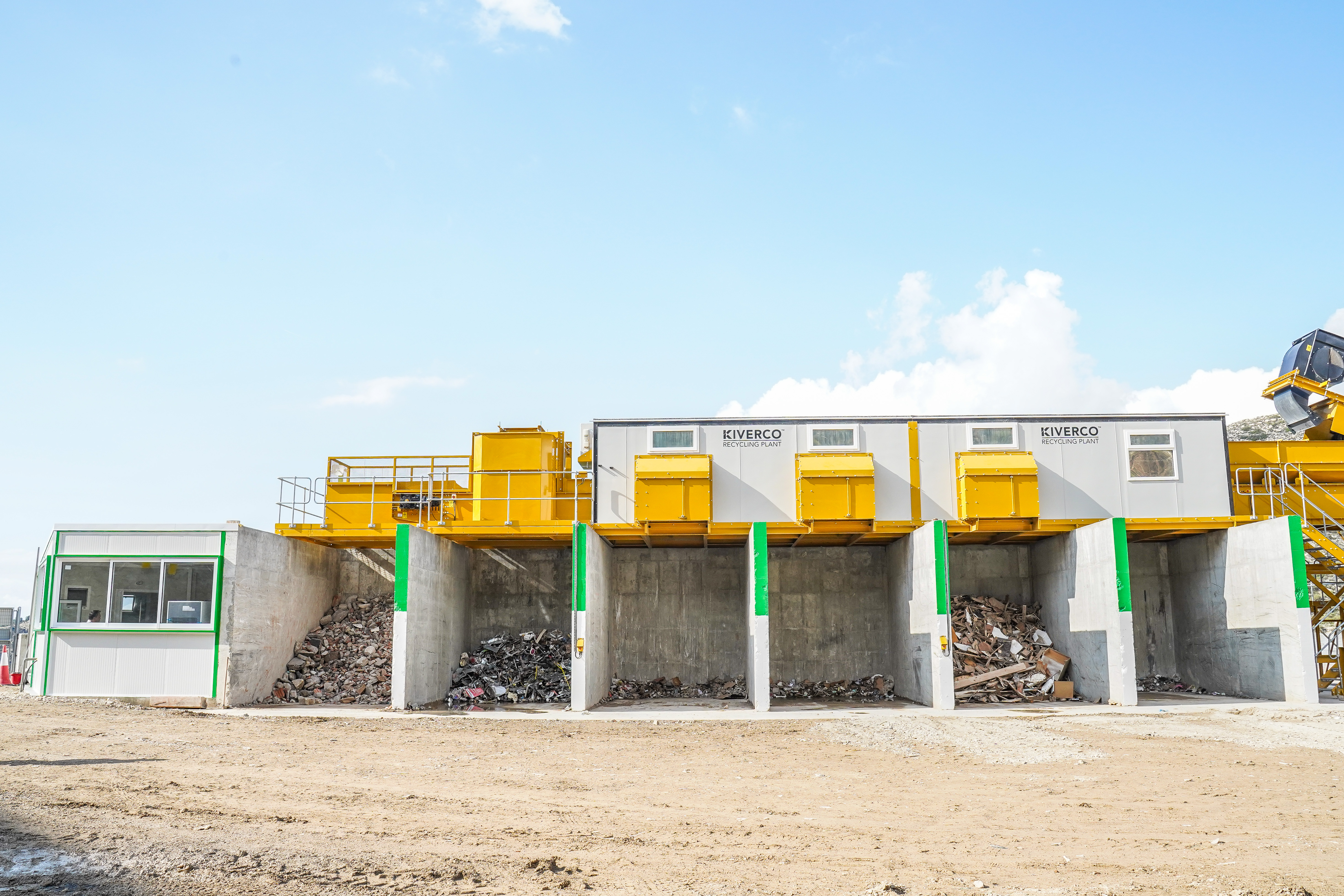